What can you do with all those dinosaur figurines besides, you know, play dinosaurs?  I can only take so many “roars” before I’m ready to switch it up.   Next time you are forced into prehistoric play, pick one of these ideas to add into your game:

(Common Core Standards appear in italics.  They correlate with specific standards in different grade levels.  These standards are used in almost every school in the country.  Click the Common Core tab above to learn more.) 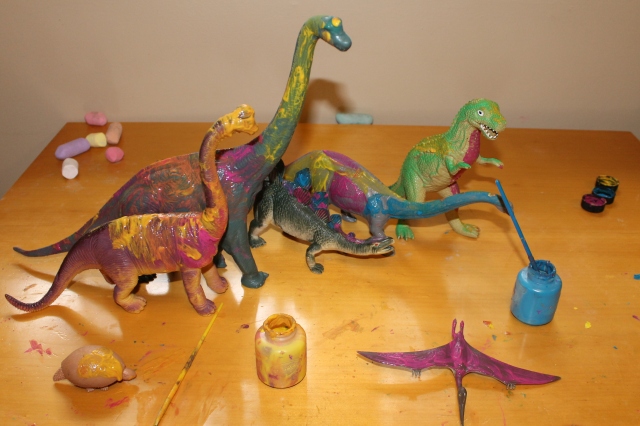 One thought on “Learning With Dinosaurs”

Follow Teaching Every Day on WordPress.com
Join 116 other followers